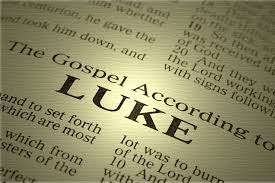 THEOPHILUS – A FRIEND OF GOD

I was reading the first few chapters of Luke a couple days ago and was intrigued about whom Luke addresses as “Theophilus” and decided to do a little research.

Luke the physician, who was also a fellow-worker and dear friend of the Apostle Paul (Colossians 4), is the author of the Gospel of Luke and also the Book of Acts. He opens both books addressing one “most excellent Theophilus.”

There is much speculation as to whether Theophilus was an actual or allegorical person. But the meaning of his name in the Greek is “Lover and Friend of God .”

Speculation is that Theophilus may have been:

* Jewish High Priest (Theophilus ben Ananus, 37-41AD) – who served in the temple in Jerusalem and who was a Sadducee, the brother-in-law of Caiaphas (he would have been an unbeliever Luke was writing to). He was still holding High Priest position when Luke’s gospel was sent to him. It was during Theophilus tenure as High Priest that the Roman Emperor Caligula became mad and attempted to put his statue in the temple in Jerusalem bringing Rome and Jerusalem to the brink of war then. But judgment held off until 67-70AD when the temple was destroyed and the city burned as Jesus had prophesied

* Apostle Paul’s lawyer in Rome, with books of Luke and Acts written for his defense (most unlikely of the speculations for various reasons)

My Perspective: There is really no hard evidence to support any of the above positions conclusively, and different scholars can be found to favor any of them. But in Luke 1:4, he says that these things were written for Theophilus to know the certainty of what he had been taught.

To me, that would seem to imply that he was being discipled, and had either become, or was on his way to becoming a follower of Christ. Since he is addressed as “most exellent” he is also most likely someone in a very high position, whether Roman or Jewish, or possibly a Hellenized Jew. And he very possibly was Luke’s patron that helped him publish and distribute his writings. Theophilus may have been his actual name, but could also have been a pseudonym to protect his actual identity.

It could be allegorical, but it would seem strange that Luke would use the term “most excellent” then. But whether actual or allegorical – I am so glad that we also have the opportunity and great privilige to be a “lover and friend of God” too!! Well, those are my conclusions.