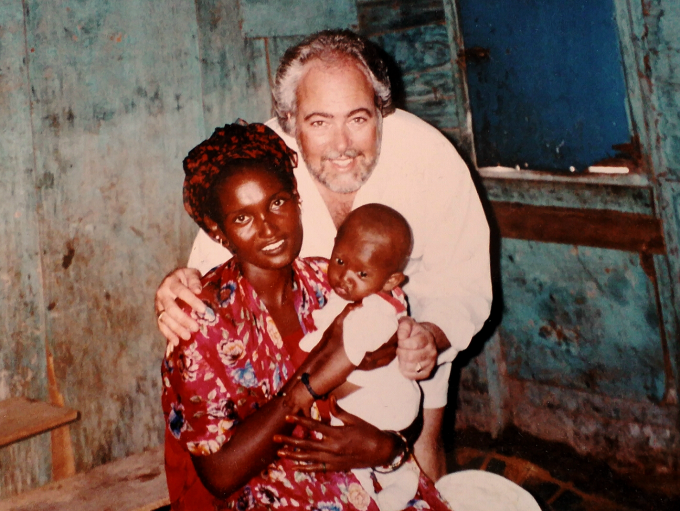 HER HUSBAND’S NAME WAS ALI – HE BECAME A MARTYR

About 25 years ago, I was involved in pioneering, financially supporting, and overseeing 2 Somali church plants – one in Djibouti and one in neighboring northern Somalia.

It had grown to what was at that time the largest Somali Christian church in the world – about 80 believers in total – 50 in Djibouti, and 30 in northern Somalia.

The church was always suffering terrible persecution from extremist Muslims. As their numbers were growing, sometimes the main Sheik in Djibouti would go on TV and hold up a Somali Bible and encourage people to bring to him anyone they found with one. When they found out the identity of our pastors, the Sheik would put a fatwa out on him to be killed. His own father and brothers would be looking for him to kill him.

I have had to purchase black market passports and bribe officials to get 2 Somali pastors to safety in Kenya and Egypt. People might question that, but that is what I had to do to protect them. I have so many harrowing stories from that part of my apostolic ministry to the perscuted church.

The woman in the picture was the wife of a 25 year old young man named Ali. They were from the northern Somali branch, and were married just a little more than a year and had a 6 month old baby. Ali was a Muslim convert, and had just been a believer for 6 months also.

During the Muslim Ramadan, the extremists asked him why do you not go to the mosque. He said, I’m a believer in Jesus and will no more go to the mosque. The next day 2 bullets pierced his heart as they shot him in cold blood. Ali became a martyr of the church of the Lord Jesus Christ.

When I got the news, I cried and cried for several days. Overseeing these 2 Somalia churches was always a challenge with the continual severe persecution, and my desire to do my best to want to see them safe. The extremists did this to instill fear in the believers.

I flew as soon as I could to Djibouti. I had wanted to go into northern Somali directly to the branch church there to comfort the believers, but because of civil war in the country, and these lawless extremists, the believers warned against it.

Sometimes apostolic ministry can be painful when you go through these kind of situations. I really loved those precious Somali believers. All of this tore at my heart. I’m so glad I will see Ali one day in heaven. Somalis are probably one of the most difficult unreached people groups for the gospel. But I am blessed to know I had a part to play in seeing a number of Somalis in those days come to Christ, including Ali.

Unfortunately, because of the unrelentless persecution, they had to stop meeting together as a church. They had to do that to at least preserve a witness for Christ in the region, or they would have all been killed.

But the martyr’s blood can become a seedbed for revival and evangelism. God will not forget such an ultimate act of obedience to Christ. But the blood of a Christian martyr will not cry for vengeance. No, it will cry for mercy from the ground. For the mercy of Jesus to touch a nation or people group.

Just writing this today, has been emotional as this photo has brought back these memories. Our brothers and sisters in Christ suffer terrible perscution in many places around the world. It is very important, especially for us in America, to not forget their witness for Christ in the midst of this, but to pray for them.