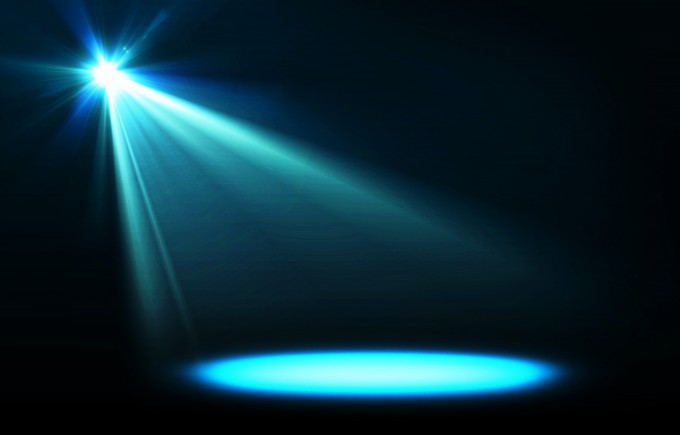 Let’s believe it, receive it, and walk in it! God’s glory is in you – and Heaven’s SPOTLIGHT is on you!

The Apostle Peter walked through the streets of Jerusalem and was radiating the presence and glory of the invisible realm of heaven to such a degree, that all those who came under the shadow of its influence were healed and delivered from demons. HE WAS A MOVE OF GOD!

He goes to the house of a well-known Gentile named Cornelius who had invited all of his family and friends into his house to hear the Apostle Peter. Scripture says while Peter is still speaking, the Holy Spirit falls on all who are listening and they begin to speak in tongues praising God. He didn’t even have to give an altar call! HE WAS A MOVE OF GOD!

The Apostle Paul was in prison with his traveling companion Silas, and they were praying and singing praise to God at midnight with all the prisoners listening. Suddenly a violent earthquake shook the foundation of the prison and all the prison doors flew open and everyone’s chains flew off. HE WAS A MOVE OF GOD!

Later on he went to Ephesus and incredibly impacted and shook the city and region through upgrading disciples with fresh revelation, powerful Kingdom preaching, plus extraordinary miracles and deliverances. It actually incited a riot in the city’s arena seating perhaps 25,000 where this crowd began screaming at the top of their lungs praise to their demonic deity. 25,000 were in full blown demonic manifestation. That’s pretty amazing. Why did it happen? HE WAS A MOVE OF GOD!

The Word of God is full of such examples. It was said about Peter and John that the religious leaders had realized they had been with Jesus. If we are full of the Holy Spirit and we have been with Jesus, then we potentially also are a MOVE OF GOD!

We must believe it and spend time with Him to walk in it and see it manifested. The treasure of His glory is inside of us. And the knowledge of this glory will cover the earth. How? Through us!

And when there is such an agreement and partnership between us on earth, and the highest heaven, then God will not only release His move through us, but will also tear open the heavens to exponentially increase it. True revival comes from heaven. But it always requires partnership from earth.

Revival is in you, because the Holy Spirit of Glory is in you. God can use you like he did a young virgin who said: “Be it unto me according to your word.” He just needs a willing vessel.

My prayer is Lord – let me be a move of God. Use me this year greater than all the previous years. I have seen your glory in the past, but let me now see it more than ever before. Let me shadow radiate more and more of the invisible realm of glory. Why don’t you believe and declare it with me: