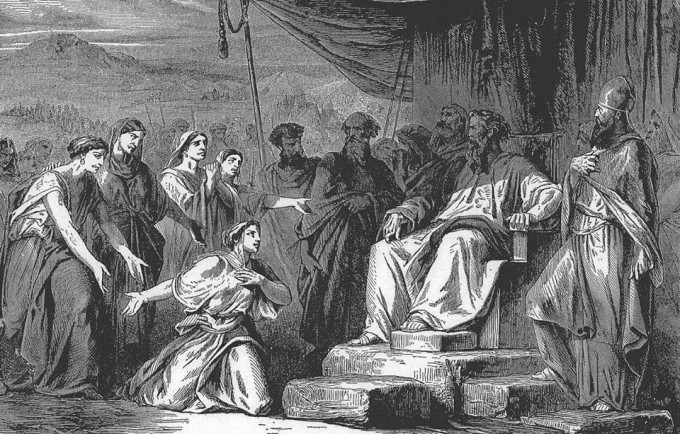 THESE WOMEN WERE GAME CHANGERS

THEY SAID GIVE US OUR INHERITANCE!!!

THE INCREDIBLE DAUGHTERS OF ZELOPHEHAD

GAME CHANGERS AND REFORMERS IN THE TIME OF MOSES

GOD SAID THIS ABOUT THEM: THEY RIGHT ABOUT IT MOSES!!!

Their father had died without a son. Under the existing law, without a male heir, they had no legal right to the family inheritance. Only sons could inherit the family land. They were seemingly screwed.

But they decided to fight for their inheritance. These women were marginalized. Experienced gender discrimination. But they were bold and assertive.

They challenged their challenges. They confronted Moses and demanded their inheritance. God stepped in and a new law had to be created for them.

They were game changers. They challenges the rules. They were reformers.

Here is what their names mean:

1. Mahlah: fat; weak; sick; born during a time of infirmity or suffering from wounds;

Only 2 out of the 5 were “prom queens” so to speak. The other 3 had some difficult personal challenges in their lives, including possibly health issues or a physical handicap. But yet they all stood together as one voice to challenge the system.

These daughters raised before Moses the case of a woman’s right and obligation to inherit property in the absence of a male heir in the family.

Women were considered like property and could be sold or traded, but these 5 daughters were fearless. They were bold. THEY WERE CHANGE AGENTS. They wanted the family name carried out through their inheritance.

This was a first for Moses to have to deal with. Change came. New laws were established.

These women did not keep silent. They invaded the place were men dominated. They were determined. Continuity of the family name depends on inheritance of the land.

They find the loophole in the law. An omission in the law. AND THEY TRUST IN GOD’S JUSTICE. HE IS JUST. They were wise. They argue their case masterfully.

THEY CONTENDED FOR THEIR INHERITANCE. NO DEFEAT – NO RETREAT.

Moses concluded that the women then must marry within the tribal clan. The DNA of the tribe – of the father must be preserved. So the tribal land would stay in the tribal allotment of the Promised Land.

These warrior daughters defied the Patriarchal system of their day and earned a special place in biblical history. They were pioneering women preparing the way for others. They challenged the system. They were lionesses.

AND WHAT DID GOD SAY TO MOSES ABOUT THEM: THEY RIGHT ABOUT IT!! THEY RIGHT!!!

HE MAKES IT CLEAR THAT IN HIS KINGDOM WOMEN HAVE VALUE – NOT AN AFTER THOUGHT.

THEY GOT THEIR INHERITANCE!!

SOMEBODY SHOUT – I’M GOING AFTER MY INHERITANCE!!!!!!!