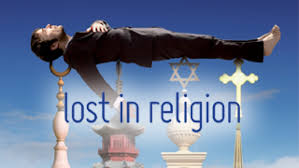 TRULY SAVED – OR LOST IN RELIGION?

TRULY SAVED – OR LOST IN RELIGION?

When Jesus sent out the 12, he told them to them specifically who they must first go to and also not go to.

“Do not go among the Gentiles or enter any town of the Samaritans. Go rather to the lost sheep of Israel. As you go, preach this message: ‘The kingdom of heaven is near.’” Matthew 10:5-7

They were to go to Jews that were “lost,” the lost sheep of Israel and proclaim the nearness of the Kingdom.

Just about 3 years later Jesus is weeping over these same people – the lost sheep of Israel – because they didn’t recognize their day of visitation – their time of God’s coming to them, and now severe judgment would take place in their generation.

I wonder how many who call themselves “Christians” – especially in places like the “Bible-belt” South in the U.S. really are “saved” and have been “born-again,” daily enjoying their personal relationshp with Christ? Or I wonder how many are just “lost in religion.”

In relatively unchurched parts of the country like Seattle, Portland, San Francisco, Boston, etc people will say they are straight up sinners, atheists, agnosics, or whatever, if they are not born-again Christians.

In the South – just about everybody thinks they saved. Mama was in the Baptist Church, so was grandma and great-granny they might say. They may even sing in the choir or be a deacon.

Because church has been so much of the culture of the South for almost a couple hundred years – everybody thinks they saved. They getting to heaven because grandma bought one of the pews in First Baptist. They were taken to church 4 or 6 weeks out of the hospital. They know all the songs – all the moves. But have they really been born-again, or are they just “lost in religion?”

The church in places like the South can be just as much a “mission field” like the folks getting high or drunk in the clubs. And sometimes it is more difficult to cut through all the “religion” to get folks to realize their need to be born-again, then to present the message to a straight-up sinners who knows they going to hell in a handbasket.

Lord Jesus – raise up more true apostles and prophets in the South whose messages will “cut to the heart” Let a fresh wind of Pentecost blow through the South and ignite true revival. Let your remnant arise and shine in this hour!