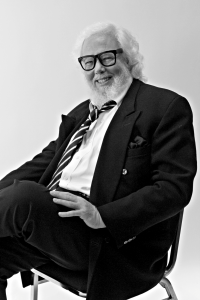 Apostle to the Nations

I have had the great privilege to travel now around 6-7 million miles in international apostolic ministry since 1985, ministering in over 80 nations. Much of the first decade of my international ministry was focused on communist and Muslim nations where the church was severely persecuted. As an apostolic father, it has been a blessing to have the opportunity to inspire, impact, and ignite spiritual sons and daughters in different nations, many of whom are now leading strong churches involved in revival and reformation.

A great passion of mine is to see young emerging 5-Fold Ministry leaders raised up, equipped and sent to change their generation. The Lord uses me in strong apostolic and prophetic anointings to impart, and to preach and teach present truth revelation to help prepare the way for revival, reformation, and restoration in the Church of the Lord Jesus Christ around the world.

I also function as the Executive Director of the IMPACT Network, a global apostolic network of churches and ministers, which I help oversee with IMPACT’s founder, my good friend and colleague for over 20 years, Apostle John Eckhardt from Chicago.

I have been part of the International Coalition of Apostles (ICA) for a number of years, which was under the leadership of Dr. C. Peter Wagner. I also served Vision International University on their International Advisory Board, and have also been involved in many strategic global Kingdom initiatives over the past 3 decades, some of which I may later add to my profile here.

I regularly speak in national and international conferences, along with serving as an apostolic consultant to churches, ministries and leaders.

In 2001, I was awarded an honorary Doctor of Divinity degree. Currently, I live near Seabeck, Washington in the beautiful Pacific Northwest – when I’m not on the road or in the air that is.